Nigeria on Wednesday joined the growing number of countries that have recorded the first cases of the Omicron variant also known as B.1.1.529 lineage.

The Nigeria Centre for Disease Control (NCDC) announced this in a statement signed by the Director-General, Ifedayo Adetifa, on Wednesday morning. The disease centre said the two cases of the variant were discovered through “genomic sequencing.” It later clarified that three cases were confirmed and not two.

According to the Nigeria Centre for Disease Control (NCDC), three persons with history of travel to South Africa returned positive tests for the new covid-19 variant. The omicron variant has been detected in west Africa.

“These cases were recent arrivals in the country in the past week,” the agency said in a statement. It had earlier said the positives were from samples collected in October but clarified that those were delta cases.

Ghana said it has also detected omicron cases from samples sequenced on Nov. 21,

. The country’s health service did not say how many cases, only that they were from Nigeria, and South Africa. That may raise questions as to when the variant first entered Nigeria.

South Africa, with 77 cases as of press time, has confirmed more omicron cases than any other country, with the UK, Botswana, the Netherlands, and Portugal each reporting more than 10 cases. But with Nigeria reporting cases, the variant is officially in one of the world’s most populous countries. 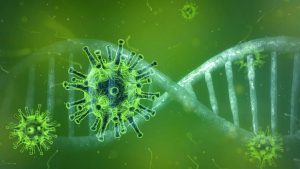 As it has done since February 2020, the NCDC coordinates Nigeria’s covid-19 response in a centralized structure that relays guidance to health agencies in the 36 states of Nigeria.  The agency says its view is that omicron is spreading rapidly globally and, as such, is preparing to identify more cases.

For travelers into and out of the country, the agency is restoring a mandate to show proof of vaccination or a negative test taken 48 hours before departure. Before arriving in Nigeria, inbound travelers are required to book day two and day seven tests too. The three positive omicron cases were the result of day two tests, the agency said.

Canada Has Banned Travel from Nigeria, Malawi and Egypt

Perhaps preempting Nigeria’s first omicron cases, Canada banned travel from Nigeria, Malawi, and Egypt on November 30, 2021, expanding a ban that already included South Africa, and six southern African countries. Although none of the European countries where omicron has also been confirmed are currently on Canada’s blacklist.

The omicron variant has been found in 24 countries

The omicron coronavirus variant has been found in 24 countries, including the U.S., Canada, South Africa, Botswana, Nigeria, Saudi Arabia, Hong Kong, Germany, Israel, the United Kingdom, Italy, Germany, Belgium, Israel and the Netherlands. However, the World Health Organization says that although there’s still much to be learned about the new strain, there’s no indication that existing COVID-19 vaccines won’t continue to save lives.

Speaking at a news conference Wednesday in Geneva, Maria Van Kerkhove, the COVID-19 technical lead in WHO’s Health Emergencies Programme, said scientists expect to know more soon about how quickly the new variant spreads and how severe it might be.

Van Kerkhove said she wanted reporters attending the news conference to make “crystal clear” that “there’s no indication to suggest that the vaccines won’t work even if there is a reduction in efficacy.”

“It’s still better to have the vaccine because it will save your life,” shid of the syndrome — or at least keep it under control — through lifestyle changes alone. To figure out what foods may be playing havoc with their digestion, he encourages keeping a food and mood diary for several weeks. The key, he writes in a recent book, is to write down your symptoms and what you were doing before the symptoms started. Keep track of your mood, the cause of any stress, and also everything that goes into your mouth, including food, drink, and even candies and chewing gum. Then look for patterns. If something seems to start trouble over and over, consult your doctor to determine whether you should try to avoid it. In his book, Gitnick recounts that one IBS patient who had begun suffering from mysterious daily attacks of diarrhea was able to trace them back to the sugar-free gum sweetened with sorbitol that she chewed every day. Once she cut out the gum, her diarrhea disappeared entirely.

Foods that affected Gitnick’s patients with IBS include cabbage, coleslaw, beans, nuts, fresh unpeeled fruits, beverages that contain caffeine, carbonated beverages, foods containing sorbitol like diet candies and gum, and bran cereals. Of course, the symptoms vary from person to person, and what bothers some patients won’t affect others. The key is to look for repeating patterns.

Regular daily exercise is also helpful, particularly if you suffer from constipation. And if your bouts of irritable bowel syndrome seem to go hand-in-hand with stress and anxiety, you may need some help relaxing and coping with difficult feelings. Some doctors can recommend relaxation techniques or places you can get counseling, if necessary.

What if lifestyle modifications aren’t working?

If your symptoms are out of control and aren’t responding to lifestyle changes, your doctor may prescribe medication — at least for a short while.

For severe pain, a physician may prescribe an antispasmodic agent. The drugs hyoscyamine (Levsin) and dicyclomine (Bentyl) can all ease pain and diarrhea by relaxing the colon. Your doctor may also prescribe an antidepressant that sometimes acts as a pain reliever, even if you aren’t depressed.

The drug alosetron hydrochloride (Lotronex) was re-approved with restrictions by the U.S. Food and Drug Administration (FDA) in 2002, after previously being pulled off the market after a number of deaths were reported in association with its use. It’s intended only for women with severe IBS who have not responded to conventional therapy and whose primary symptom is diarrhea. However, it should be used with caution as it can have serious side effects, such as severe constipation or decreased blood flow to the colon. For this reason, its distribution requires both doctors and patients to be registered in a risk management program which tracks patients and ensures they are informed of the drug’s risks.

Another drug approved only for women who have severe IBS and haven’t yet found the right treatment is Lubiprostone (Amitiza). This drug — for women with IBS and constipation — increases fluid secretion in the small intestine which helps to get the bowels moving.

A drug that was approved by the FDA for treating women with IBS — tegaserod maleate (Zelnorm) — was removed from the market in 2007 because safety studies found an increased risk of heart attack, stroke and heart/chest pain. Zelnorm is intended for patients suffering from severe constipation. It is now only available in emergency situations (those that are either life-threatening or require hospitalization) and requires special FDA authorization before it can be shipped by the manufacturer.

Over-the-counter medications may be useful, too. The drug loperamide (Imodium A-D) may help relieve diarrhea. If you have constipation, you can safely take over-the-counter fiber supplements. Activated charcoal tablets can help relieve gas. Ask your doctor which types will work for you.

Remember, though, that lifestyle modifications are generally the best method to finding long-lasting relief. Getting regular exercise, changing your diet, reducing stress, and cutting out nicotine may not only help alleviate irritable bowel syndrome, but make you healthier and more energetic in general.

Shen, B. and E. Soffer. The challenge of irritable bowel syndrome: Creating an alliance between patient and physician. Cleveland Clinic Journal of Medicine. March 2001. 68(3): 224-234.

Previous post Risks of Not Having a Health Insurance Plan? 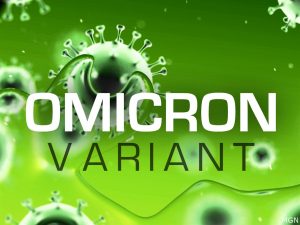 Cancer Care - Awareness, Understanding, Myths and Misinformation Accurate information and increased awareness and knowledge about cancer can empower all...