How Can Government Curb Misdiagnosis

Nigerian government have a significant role to play in tackling medical errors or misdiagnosis by ensuring good healthcare operational policies, making healthcare affordable and accessible to people to reduce, noting that these measures will help prevent misdiagnosis and wrong treatment.

According to a Professor of Public Health and former National Chairman of the Association of Public Health Physicians of Nigeria, Tanimola Akande stated that when a health condition is misdiagnosed, the patient will be treated wrongly, which could lead to serious complications.

The commonly misdiagnosed health condition in this environment is typhoid because when some people treat malaria and it is not relieved, they diagnose it as typhoid. If some people have a fever with diarrhea and it does not respond to antimalarial, they say it is typhoid. 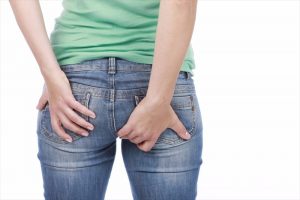 “If you listen to those people with mobile vans advertising their drugs, you will be shocked what they call jedijedi. So, all sorts of concoctions are used for it wrongly. When you misdiagnosed, you will treat wrongly. You will use drugs that are not appropriate for your health condition. Some of the concoctions people use wrongly for treatment have terrible effects on the body.

Tanimola stated further that it is risky to be diagnosed by incompetent healthcare workers, alternative medicine practitioners, and to self-diagnose. Jedijedi is a common term many people use for different medical conditions often having to do with the gastrointestinal tract. It is believed to affect both children and adults as a result of sugary or junky food intakes.

Continuing, he said, If you hear traditional healers talk about all sorts of diseases on the radio, you will just feel like collapsing. And

of course, if you don’t know what is wrong with you and you are using the wrong drugs for it, then it will not work.

“Many get unnecessarily injured by using wrong medications and the disease will be getting worse and lead to complications.”

Tanimola, however, noted that medical doctors can also misdiagnose patients when they don’t have the appropriate equipment for the correct diagnosis. This, “though it is not common,” he said.

The physician said the Nigerian government needs to play a big role by making healthcare accessible and affordable to everyone.

If healthcare is affordable to people, they are more likely to use it than patronize quacks. We have to make healthcare accessible to citizens and make it affordable.

In a country like Nigeria, almost everybody is a doctor; they will refuse to see a certified medical practitioner and if they managed to consult one, you will here a statement like, “doctor, I know what is wrong with me, just give me antimalaria drugs make I dey go”. However, people don’t want the stress of queuing up to see a doctor and some people don’t have doctors in their environment but there will be some well-trained cadres of health workers that can diagnose correctly. 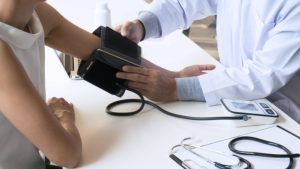 Government should make sure that equipment is available in the hospitals and health care facilities. Some health facilities don’t have a sphygmomanometer to check blood pressure while some are not well calibrated to obtain  accurate readings and often time, patient with hypertension are advised to double check their readings to ensure accuracy. So, when somebody says he has BP, and you have not checked if it is due to blood pressure, then you are diagnosing incorrectly.

Also speaking, Dr. Ibraheem Abioye, a Population Health Scientist, said a doctor is more likely to correctly diagnose a case they see frequently. When health conditions are rare, even if that condition is taught in medical school, there is a greater chance that the condition will be misdiagnosed. There is not like an agreed-upon list of most frequently misdiagnosed conditions. It would depend on the setting and context. Essentially, all diseases can be misdiagnosed.

When a doctor review a patient, the doctor identifies their most likely diagnosis, while bearing in mind differential diagnosis that could also be responsible for the patients’ symptoms. Often, the doctor would conduct additional examinations and tests to help them be more confident of their primary diagnosis. “Often, these required tests that are expensive or unavailable, and that limits the extent to which the doctor can confirm their hunch,” he said.

Mr Adeyinka (**see footnote) is a senior driver in Abuja, drove his boss to a meeting and suddenly fell from height and was rushed to the emergency unit at a nearby hospital. On presentation, he was conscious, coughing out blood and in pain. Physical examination, laboratory investigations and Xray reports revealed that he was hypertensive while the X-ray could not detect why he was coughing out blood  until after a CT scan was conducted which showed a mandibular fracture. However, Mr Adeyinka was discharged in a clinically satisfying condition.

Likewise, Mr Akpan ** just returned from the village when his health conditions began to deteriorate. According to him, he claimed that it was a spiritual attack because his pastor told him that his village people want him dead. Akpan held strongly to the prophesy until his colleagues persuaded him to visit a healthcare facility where he was diagnosed of Type-2 diabetes.

Furthermore, Mrs Chinyere ** was experiencing breast pain when she visited a hospital in Portharcourt in the year 2016 and was diagnosed of breast lump. She had excisional biopsy, sample collected was sent to the laboratory for histology. Although, she felt relieved but after 3 months, the symptoms re-occurred, this time it was too late, because she neither return for a follow-up treatment nor have her histology test result reviewed nor the hospital call her attention for a follow-up. Unfortunately, she was suffering a breast cancer according to the reports and passed on few months later.

Not every one is as fortunate as Mr Adeyinka and Akpan. When conditions are rare, and maybe only the most highly experienced people have seen one case before or cared for one case before, even if that condition is taught in medical school, there is a greater chance that the condition will be misdiagnosed. Human factors such as the competence of the clinicians, their state of mind, the extent to which they are fatigued may impact whether they correctly diagnose a thorny case or not. 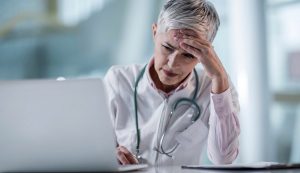 A clinician who sees 50 patients a day is less likely to correctly diagnose a rare complex insidious disease in the 49th patient they see in a day. Now add to that the possibility that the clinician has been at work for 30 consecutive hours because they were on call the previous day or the chance that they have worked almost 12 hour days for the past 5 days.

Most of these human factors can be fixed with good hospital and government policies. Aside from the medical doctor directly making the diagnosis, there are systems and ancillary staff that are critical to support and lead up to each clinical encounter where the clinician makes the diagnosis for each patient.

For instance, think of it like a choir or an orchestra, if some of the players are playing out of tune or have faulty equipment, it may not become immediately obvious but it would compound, and eventually, it would be clear to the listener that there is fire on the mountain or is it not?

Staff Support may includes competitive living wages so that people do not have to moonlight at other job opening or work double jobs to be comfortable which has become a practice in Nigeria. There should also be opportunities for growth so that people are excited to come to work every day while ensuring that the facilities and equipment are in good working condition all year round and maintained properly. The consequences of misdiagnosis are numerous and costly. 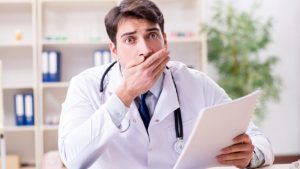 Imagine spending a lot of money treating the wrong diseases, conducting needless procedures, and finding no resolution of the disease, while the patient continues to suffer… how heartbreaking this can be to the patient and loved ones. Then, having to consult new clinicians, new hospitals, additional tests, etc. The cost is substantial – both financial and on the mental toll it exerts on the patients and the society.

According to the World Health Organisation (WHO), all aspects of the diagnostic process are vulnerable to medical error. The WHO stated further that studies of diagnostic error often reveal several root causes in each case. Diagnostic errors are relatively common in primary care, noting that most people will likely experience a diagnostic error in their lifetime. WHO disclosed that a study conducted in a high-income country found that approximately five per cent of adults experienced diagnostic errors in outpatient settings each year, adding that these errors had the potential for severe harm.

In Nigeria, there may be even greater challenges due to limited access to diagnostic testing resources, a paucity of qualified primary care professionals or specialists and limited record-keeping systems. These factors may contribute to a higher rate of diagnostic errors most especially in primary care.

Delays in diagnosing cancer are also common. About seven per cent of abnormal test results are not communicated to patients, which can lead to a delay in diagnosis, like that of late Mrs Chinyere. Breakdowns in the referral process can also lead to diagnostic errors and delays.

According to the global health body, interventions to reduce medical diagnostic errors have focused on improving the skills and knowledge of healthcare providers as well as addressing systems issues, such as communication, record keeping and test ordering processes.