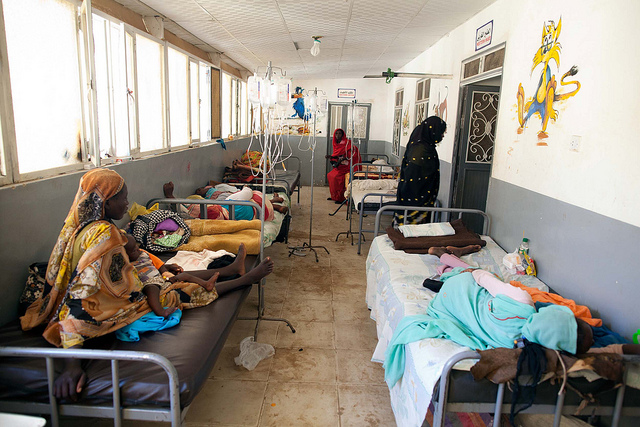 Inequality in Nigeria has reached extreme levels. Nothing is permanent except suffering. No job security, no safety clothing nor gadgets. Accidents are common.

Every worker here would leave if they had a choice.

On April 15, 2021, according to Rodrigue Forku, the World Health Organization (WHO) in Nigeria is supporting the West African government to monitor health inequities and ensure Universal Health Coverage (UHC) is attained by 2030. The UHC means that all individuals and communities in Nigeria receive the healthcare services they need without suffering financial hardship.

No doubt, different groups and communities in Nigeria can have markedly different levels of health. Some populations can have higher rates of hypertension and diabetes for example, while others might be more likely to be obese or use tobacco. Have you noticed that there are less Hypertensive/Diabetes patient in the rural areas compare to that of the urban region in Nigeria? This differences in health or medical conditions are called health disparities, and they can have a profound impact on the public health of a community. Health Disparities –  What are they….? Why they Matter? 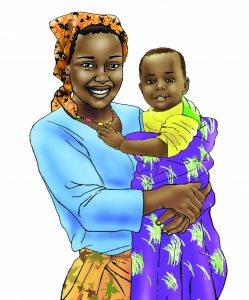 According to the United State Government, health disparity as “a particular type of health difference that is closely linked with social or economic disadvantage.” These disparities negatively impact whole groups of people that already face significantly more obstacles to maintaining good health, often because of specific social or economic factors, such as:

Historically, these characteristics have been linked to discrimination or exclusion. When a particular group of people doesn’t have the same kind of access to health care, education, or healthy behaviors, it can cause them to fall behind their peers on all kinds of health measures. These disparities can often persist for generations. 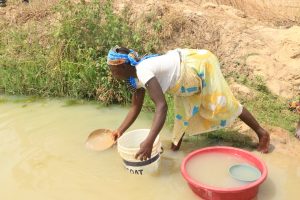 The negative repercussions of health disparities go beyond just the individual, it also extend to their children, whole communities, and society at large. Health disparities are often self-perpetuating. When parents are too sick to work, can become low-income while an Unemployed – low-income individuals are less likely to have access to healthcare insurance. And if they are unable to afford health care services, they could get sicker are even less able to find a new job, and so on. The result – getting healthy and out of poverty becomes increasingly difficult.

This downward spiral can impact future generations, too. One area of health where this is clear is in pregnant women and new moms. How healthy a mom is before and during pregnancy can have a major impact on her babies. For example, a woman who experiences chronic stress while pregnant—such as stress about one’s financial situation—is more likely to have a preterm baby. Babies born too early are at a greater risk for serious health issues later in life. Many of those medical conditions can lead to pregnancy complications such as, again, preterm delivery and many others.

In Nigeria, health disparities, however, has cost more than lives and livelihoods. Persistent gaps in health-related outcomes can also have economic consequences. Reducing health disparities on a national scale could have saved the 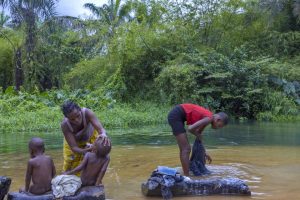 Like many aspects of public health, the root causes of health disparities are complex. Our health is influenced by so many factors that it can be difficult to pinpoint just why a gap between two groups is so wide.  Health inequities are often a result of disparities—that is, differences in how resources are distributed among different groups. These resources could be tangible, like in the case of physical parks where kids can exercise safely, or intangible opportunities, such as being able to see a doctor when ill. Disparities often have multiple root causes, but there are a few major inequities in Nigeria that are known to contribute to health gaps between groups.

Social drivers—like racism, sexism, ableism, classism, or homophobia—can perpetuate inequities by prioritizing one group over another. These forces are so deeply ingrained in cultural practices and norms that many people might not realize they’re happening. Oftentimes, these forces are the result of past inequities that still affect communities today.

Imagine, for example, two flower boxes: One with new, nutrient-rich soil and another with poor, rocky soil. Seeds planted in the nutrient-rich soil will flourish, while seeds in the poorer soil will struggle. As the flowers go to seed, the next generation will drop into the same soil, experiencing similar struggles or success. As this happens year after year, one box of flowers will always be more vibrant than the other due to the original condition of the soil. When people are separated and given different resources to start with, that is going to have an impact for generations to come.

According to Oxfarm international, “Nigeria is not a poor country yet millions are living in hunger”.

The country has an expanding economy with abundant human capital and the economic potential to lift millions out of poverty.

So how can this happen? What makes Nigeria so unequal and how big is this inequality gap?

Let’s look at the numbers:

A growing income gap between the rich and the poor in Nigeria has made it harder for poor Nigerians to keep up. While top incomes skyrocketed, real wages for low-income individuals fell, making it increasingly difficult for poor people in Nigeria to afford basic medical care or engage in healthy behaviors. This, in turn, makes it harder to stay healthy or treat and manage health conditions. 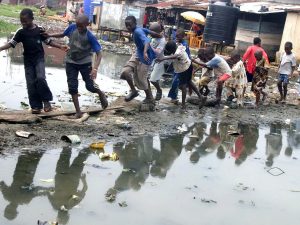 Many health outcomes are the result of personal choices, like eating healthy foods or getting enough exercise. But many of those choices are shaped, influenced, or made for us by the environment we’re in. Environmental health is the physical, chemical, and biological forces that can impact our health, and they can be a driving force behind health disparities. It’s hard for people to eat healthy food, for example, when they don’t have access to it in their neighborhood.

Neglected tropical diseases (NTDs) are an example of environmentally-driven health disparities. This collection of conditions primarily impact the poorest of the poor, both in Nigeria and worldwide, often due to a lack of clean water or bathrooms. These conditions make it harder for kids to learn and adults to work, exacerbating the effects of poverty on people’s health and well-being.

Filling the gap in health outcomes is no easy task because the factor behind it are often multi-layered. Solutions would need to address not only the root cause of a given disparity but also the context that made it possible in the first place.

For its part,  The World Health Organization (WHO) in Nigeria is supporting the West African government to monitor health inequities, the aim is to attained Universal Health Coverage (UHC) by 2030 by addressing key factors known as social determinants of health.

Social determinants of health are the environmental conditions and circumstances that affect and shape how healthy we are. Many things in our social circles and environment can impact our behaviors and limit our ability to make healthy choices. These include things like cultural norms (ex. distrust of authority figures) or community design.

Address Issues Within a Social and Community Context

While not always apparent, social influences and dynamics can significantly impact the health of both individuals and the overall community. These include things like incarceration, discrimination, civic participation, and social cohesion. Because incarceration can disrupt families and impact access to things like education, employment, and housing, some researchers have called for policy changes that address sentencing laws that disproportionately impact certain communities as a means to reduce several disparities, including HIV.

Just like someone’s social environment can impact their health and well-being, so can their physical surroundings. Improving access to healthy foods, improving the quality of housing, supporting healthy eating behaviors, reducing crime and violence, and protecting the environment are all things that can be done to improve the environmental health of a community and reduce health disparities as a result.

Economic stability refers to things like food security, income, housing stability, and employment opportunities, and research shows addressing some of these issues could help reduce disparities associated with a whole range of health issues. Ask yourself, how many Nigerian has received housing assistance from the government? There are lot of people out there without a comfortable place to rest there head after the day activities – this for example, has been shown to impact negatively both the psychological and physical health of individuals. Similarly,  increasing economic opportunities for financially insecure women might help prevent the disproportionately high number of cases of HIV in the population.

Ensure Everyone Receives a Quality Education

Investing in things like language and literacy, early childhood education, high school graduation, and higher education could help close health gaps in a number of ways. Increased access to center-based early childhood education, for example, has been shown to decrease crime and teen births. High school completion programs also have strong returns on investment—often resulting in improved economic benefits that exceed any costs associated with the program—in part because of averted healthcare costs.

Helping ensure people are able to see a medical professional when they’re sick is important for curbing health disparities. But perhaps equally important is their ability to see a doctor when they’re healthy. Many medical issues in Nigeria could be prevented with routine, preventive care like health screenings, vaccinations, and lifestyle changes.

The National Health Insurance Scheme Act attempted to expand access to primary care by making it easier to get health insurance and requiring insurance companies to cover the whole cost of preventive services, like blood pressure screenings and obesity counseling. The law also called on medical and public health professionals to address health literacy by ensuring everyone can obtain, understand, and communicate information essential to health decisions. More than 50% of the total population, however, still lack health insurance, and more can be done to ensure increased access to health care in Nigeria.

Nigeria can close the inequality gap

Nigeria is not a poor country yet millions are living in hunger. The government must work with the international community to get food and aid to hungry people now. But it can’t stop there. It must free millions of Nigerians from poverty by building a new political and economic system that works for everyone, not just a fortunate few. 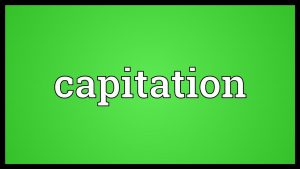