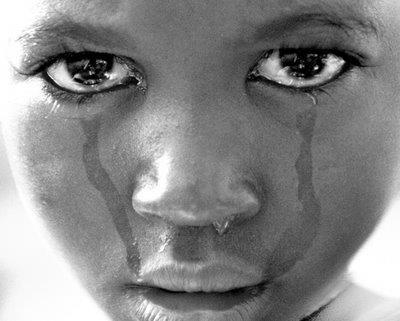 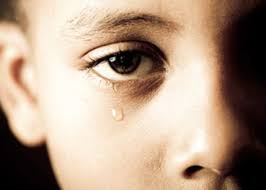 Be Vigilant to Prevent Child Abuse

According to United Nations Children’s Fund (UNICEF) Nigeria, abuse in all its forms are a daily reality for many Nigerian children and only a fraction ever receive help. It was also reported that 6 out of every 10 children experience some form of violence – while 1 in 4 girls and 10 per cent of boys has been victims of sexual violence.

Likewise, a report published by Franka Okeke of TheGuardian ; shows that in Lagos State, only about 1005 cases sexual defilement were reported during the year 2020, 60% of cases are never made public while other abuse cases such as physical abuse and child abandonment followed with 376, 121 cases respectively. Nigeria also has the largest number of child brides in Africa with more than 23 million girls and women who were married as children, most of them from poor and rural communities.

Sadly, many cases of child abuse are never reported in Nigeria.  Although the majority of these cases involved sexual abuse, followed by physical abuse/bodily injury and serious physical neglect. While the number of child abuse cases in Nigeria has increase steadily over the last 4 – 5 years, more cases could still be prevented. Let’s take a moment to consider what we can do.

1. Be Conscious of Your Stress Levels

Parents’ feelings of isolation, stress, and frustration often play a role in child abuse. According to Independence Blue Cross (Independence) Medical Director Stephen Higgins, M.D., cautions every parent to be aware of the triggers of frustration, and to step away from their children in those situations.

“The pandemic has also caused a lot of collateral damage,” as many people are struggling financially. Housing is super expensive. Unemployment is increasing rapidly and there are financial stressors, particularly with inflation. The increase in ritual killings is not limited to harvesting organs or an adult alone, children are also affected. So whether you accept it or not, very body is under a significant degree of stress. We might not even recognize it anymore because it feels like the new normal. But parents may be getting frustrated faster by things they wouldn’t have before.

To avoid taking actions you will regret later, whenever you feel yourself getting angry, take a breath. Slow things down. Put the child down, step away for a few minutes, and gather yourself. When we’re deep in frustration and anger, that’s when we take impulsive actions. And when we lose control, it doesn’t take a lot to hurt a small child. Know that it’s okay to ask for help.

2. Help Others Calm Down

If you suspect that a friend or family member is stressed, try to be a calming influence. Acknowledge their feelings. Offer to visit or babysit to give them a break. Trusted family and friends can provide emotional support throughout the many challenges of parenthood.

If you see a parent yelling at their child in a public place, it could be counter-productive to criticize the parent, Striking up a casual conversation could help to bring the energy level down.

Sometimes parents can neglect their own mental well-being while caring for children — and this can lead to negative outcomes, says Ryan Connolly, M.D., M.S., psychiatrist and medical director at Independence.

Untreated mental illness and substance use can place people at risk for committing acts of child abuse. Many psychological conditions can increase irritability and worsen things like sleep, while at the same time reducing a person’s ability to control angry impulses. It’s important for parents and other caregivers to attend to self-care, recognize symptoms of behavioral health problems, and ask for help when they need it.

“Some parents feel afraid or ashamed to ask for help, especially if they’re struggling with angry feelings or negative thoughts about their kids,” This is exactly the critically important to being a good caregiver.

4. You Can Support Children in Protecting Themselves

It’s important for children to understand that they are special and have the right to be safe. Encourage them to advocate for themselves and speak up when they are uncomfortable with a person or a situation.

Children should feel comfortable and empowered to say “NO” and set boundaries, to inform a trusted person if they have experienced something upsetting, and to recognize that they are never, ever to blame if an adult behaves inappropriately towards them.

5. If You See Something, Then Say Something

If you suspect that child abuse is taking place, report it so that families can get the help that they need and children are protected. You can report suspected abuse or neglect of children 24 hours a day, seven days a week in Nigeria. Call the police for the fastest response if a child is at immediate risk of injury.

604 thoughts on “Be Vigilant to Prevent Child Abuse”